Capping the price of insulin to $50 a month so it would be accessible to others who can’t afford! 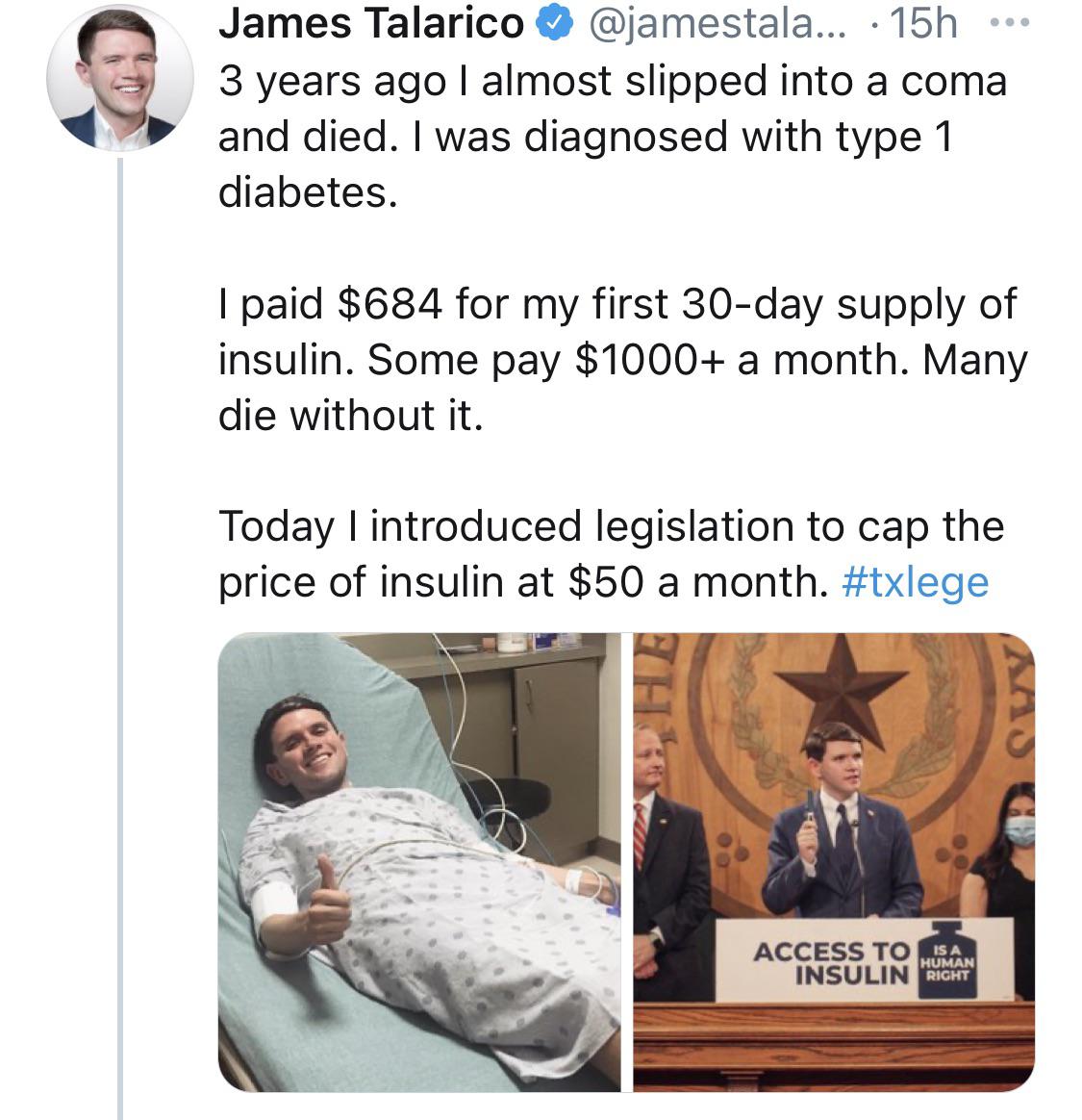 «When inventor Frederick Banting discovered insulin in 1923, he refused to put his name on the patent. He felt it was unethical for a doctor to profit from a discovery that would save lives. Banting’s co-inventors, James Collip and Charles Best, sold the insulin patent to the University of Toronto for a mere $1. They wanted everyone who needed their medication to be able to afford it.

«Today, Banting and his colleagues would be spinning in their graves: Their drug, which many of the 30 million Americans with diabetes rely on, has become the poster child for pharmaceutical price gouging.»

At least it’s still reasonably affordable up here in Canada. I can’t believe how obscenely expensive it is in America. Banting and Best would be incensed at this.

I hope and pray Rep. Talarico is able to get that legislation passed.