From custodian to nurse practitioner 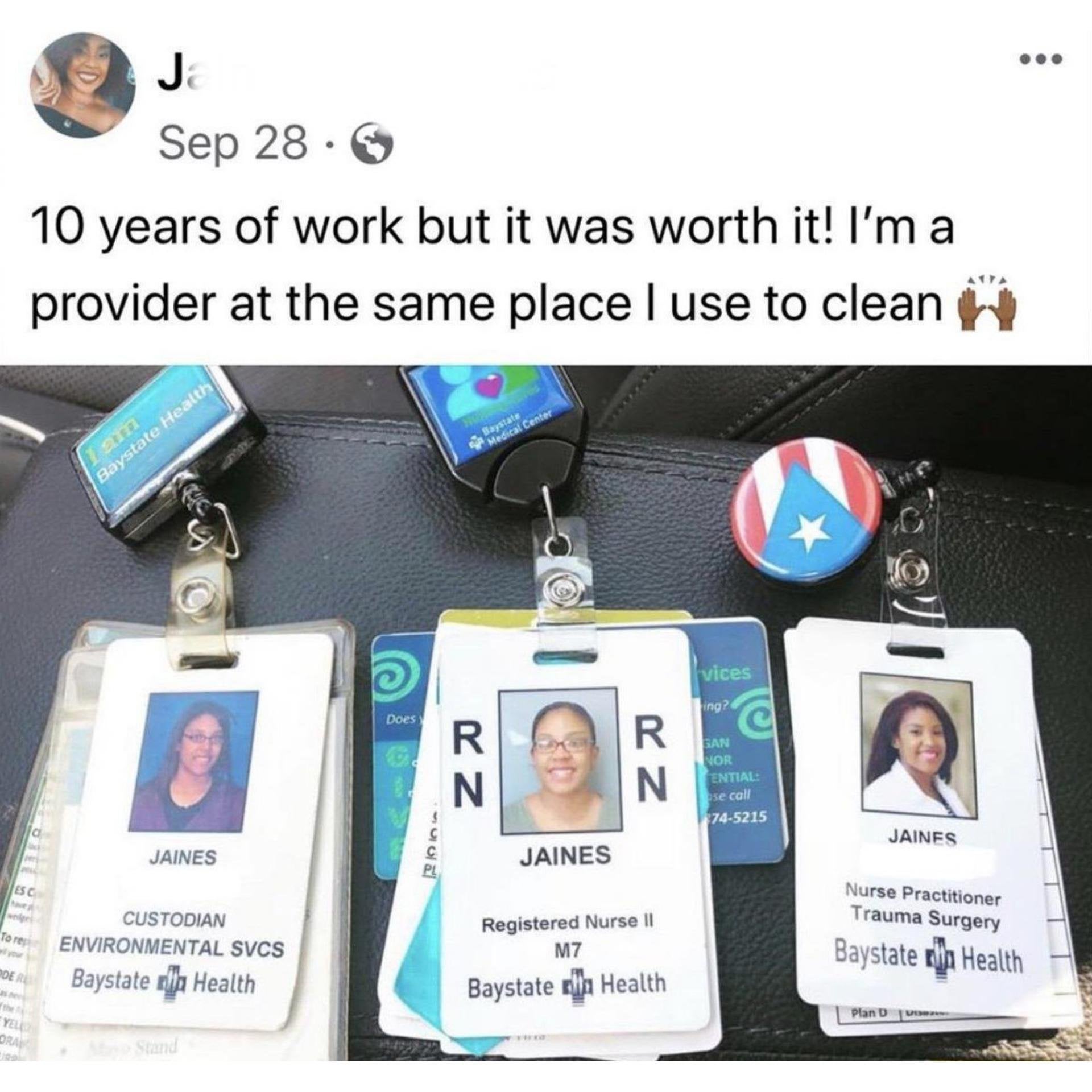 I’m old enough to remember when this was just standard operating procedure for most people in the industrialized world. Unless you were the minority who had enough money to go to college right out of high school you started some crappy job or went into the military or something and worked your way slowly up from there until you had a respectable position either from years of experience or education you paid for along the way.

It wasn’t until the late ’70s or so when everybody started saying that if you didn’t go directly from high school to college you were a loser. Nobody considered taking out loans for their education unless it was just to finish their last year of a bachelor’s or something. Putting four years of college on your tab was considered grossly irresponsible. It turns out they were right.