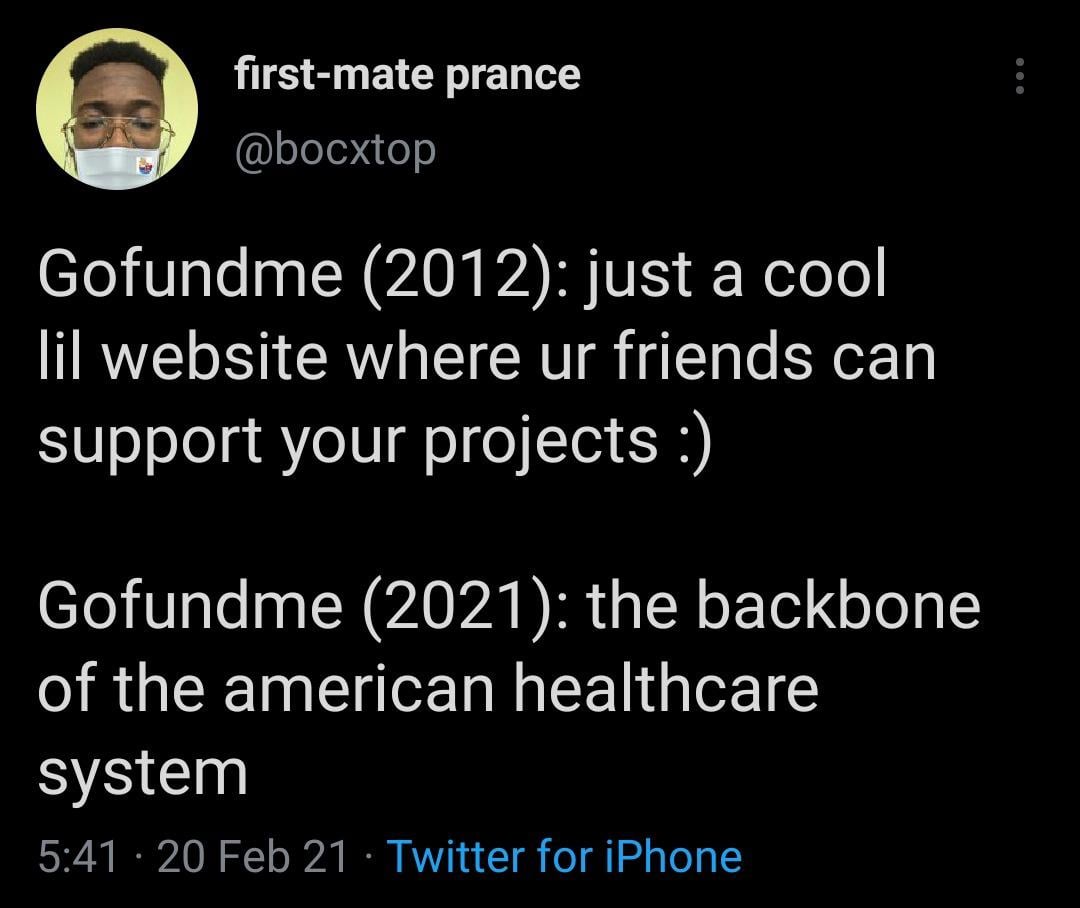 Like that poor dude who died because he fell just short of his goal to get insulin. In a «first world country» a man died because he couldn’t get enough people to fund his life saving medicine that most other developed countries can provide easily. And yet a significant group of people either wouldn’t care, or actively blame the guy for not being smarter with his money or something.

In a morbid way I look forward to America hitting absolute rock bottom, because it feels like that’s the only way that people will wake up and realise things need to change. Similar to the New Deal coming after the Great Depression