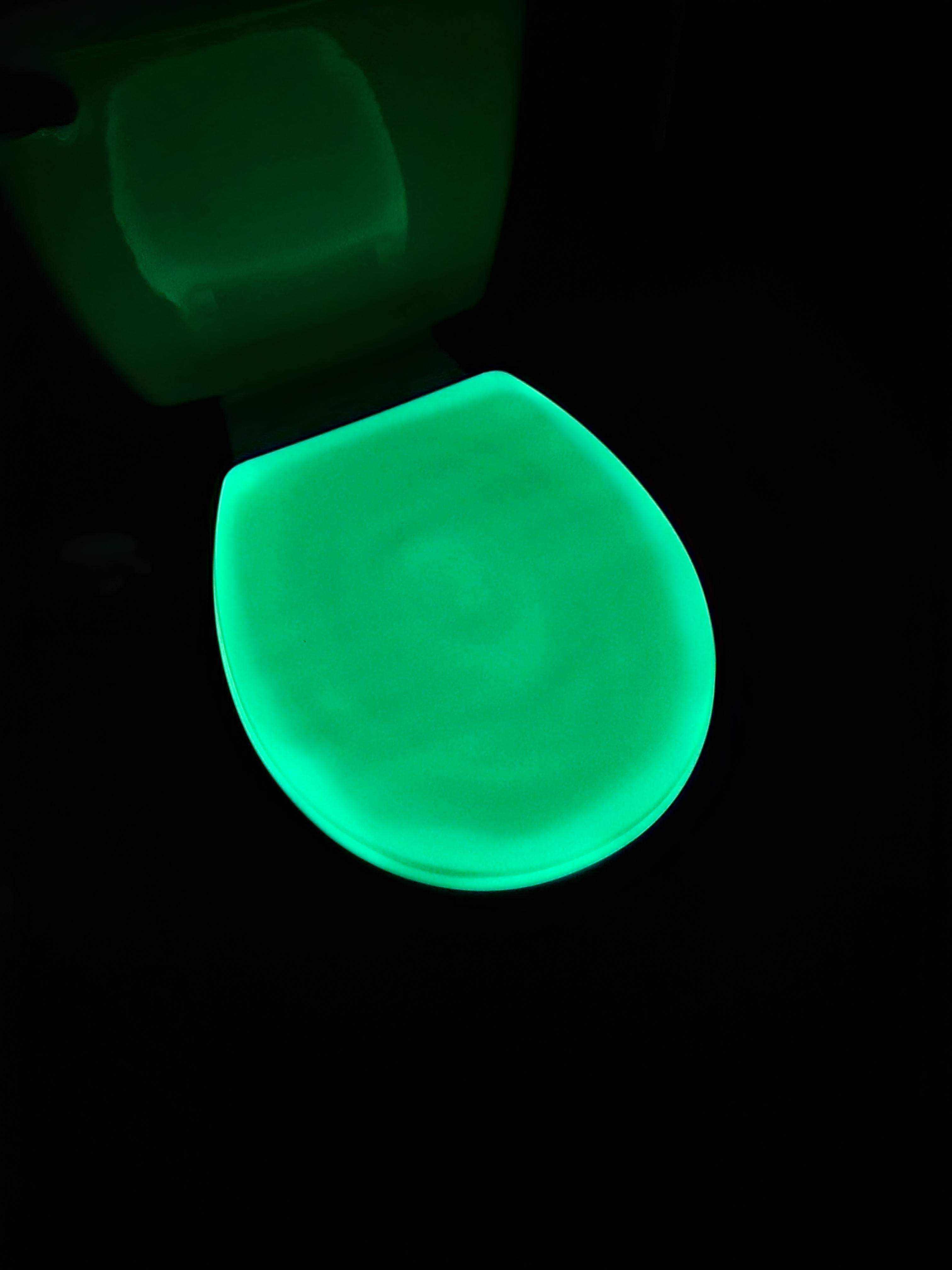 I have a bidet toilet seat with a blue LED night light that shines down into the bowl. It’s one of the best purchases I’ve ever made…not because of the light, but it is a nice touch when you wanna pee in the middle of the night and don’t want the full blast of the bathroom light on your tired eyes.

Anyway, one night shortly after installing this seat, I was walking by the bathroom and saw the soft blue glow of the LED barely visible looking at it from the side through the small gap in the toilet seat. It looked like the blue glow of a gas stove top burner under a pan…which is exactly what I thought for a split second: “Oh, I’ve left the burner on…under my toilet seat?”

I felt like a complete dumbass in that moment.