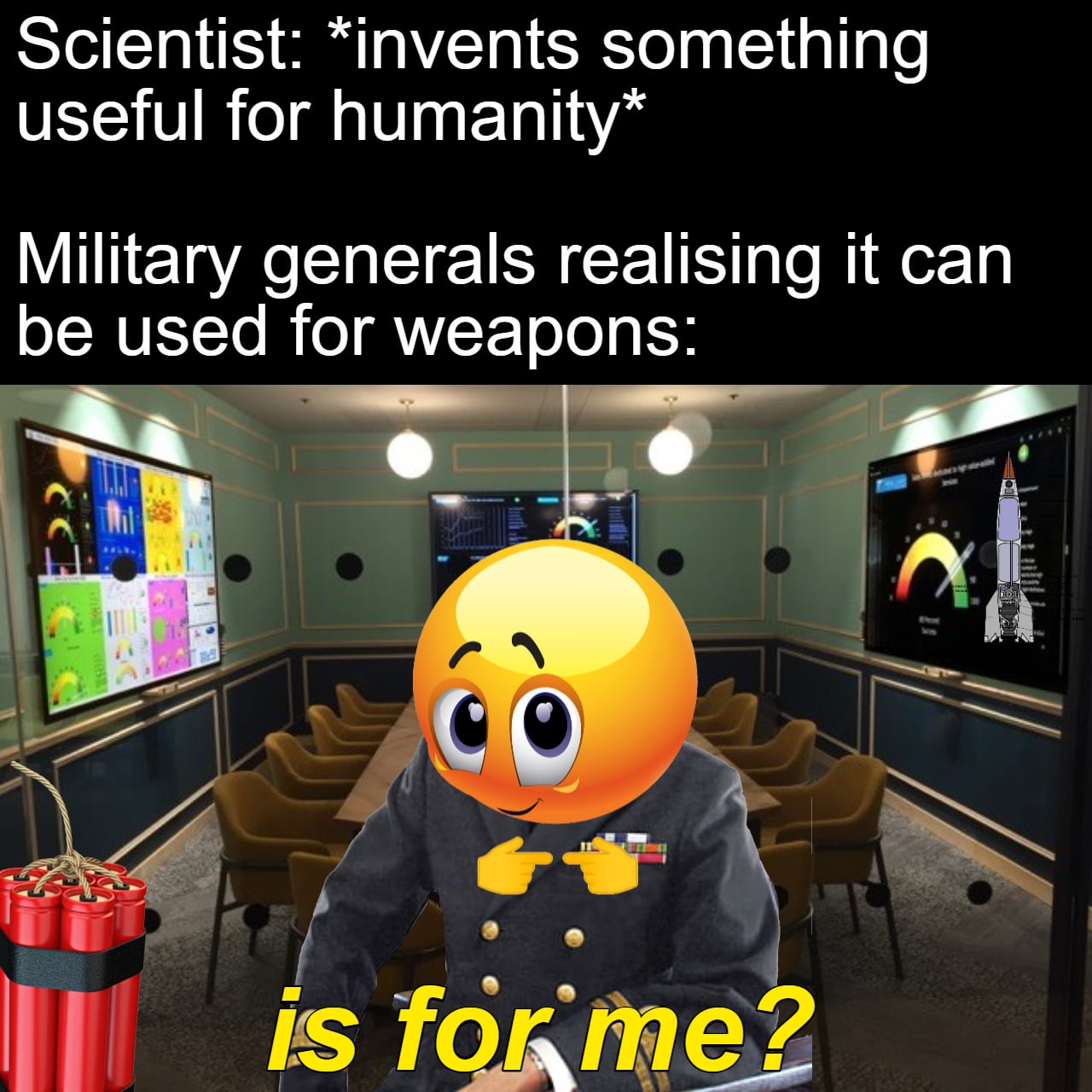 The nuke in particular was a special case because scientists raced to build it in order to get it before Nazi and Russian scientists and has to some degree prevented more death than it caused, at least so far.

Scientists are people too, complete with grey morality, but a lot of weapons have come from innocuous designs.