The queen trying not to laugh as she passes her husband (Duke of Edinburgh) in uniform. 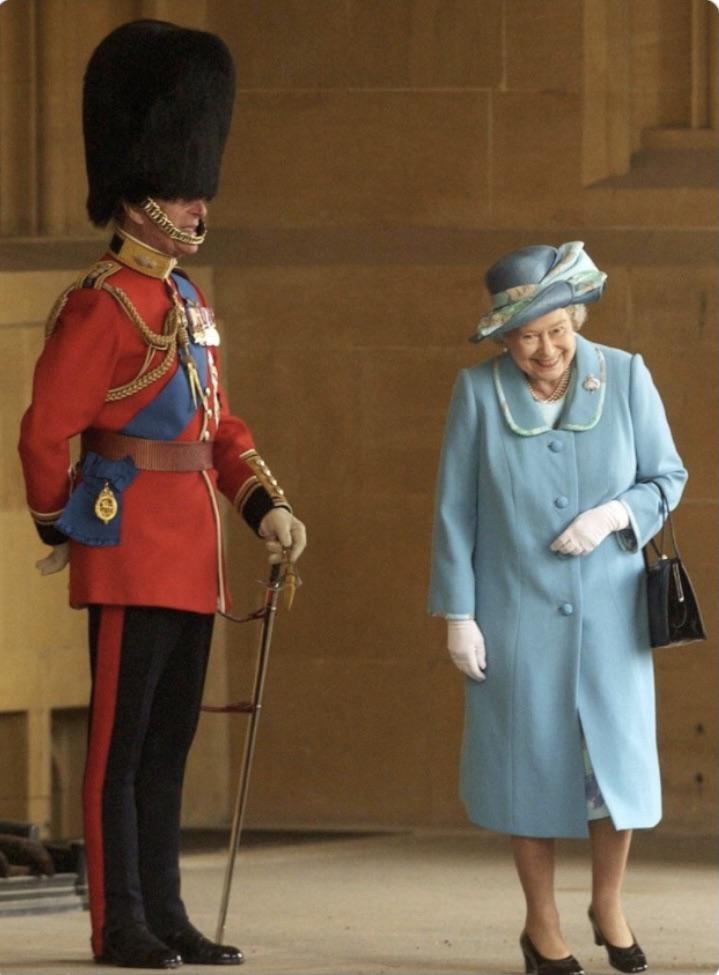 It looks as though she’s laughing at something he said. He’s supposed to be very funny, you know, if you like rather sophomoric humor.

At the 1984 Olympics, after show jumping, he gave out ribbons since he was head of the FEI. He said something to the head of the British team, who grabbed his cap and took off for a victory lap, with the Duke laughing.