Train has windows that automatically blind when going past residential blocks 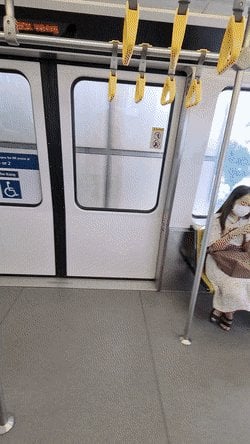 Internment camp, poverty-stricken neighborhood… I am sure they market this as a privacy issue, when in reality it is a tourism and money issue.

Where I live, we just build turnpikes to avoid poor people. They buy up the houses in poor neighborhoods to put up walled roads that poor people can’t afford to drive on. You go from one upper middle-class neighborhood to the next without ever having to encounter a house with boarded up windows — even though you drive by dozens of them.

Edit: Didn’t think this comment would be such a wild ride! Haha. The follow-up comments work together to paint a portrait I think we can all learn from — especially me. First, if the poster who said that Singapore’s homeless rate is low and the city is as clean as they described, my assumption above is clearly wrong.

But multiple links were provided by other posters to indicate why I assumed that way. Cities definitely use the kind of zoning and city planning I described to hide poverty-stricken areas. For those who don’t know or denied it in the comments, those links provide good educational opportunities.